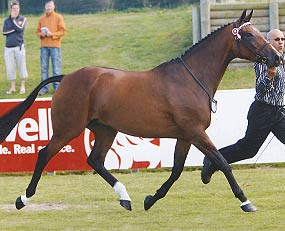 We have been most gifted with the Purchase of Grace recently from Graemar Lodge in Orewa. Grace is a beautiful 45% Anglo Arab 8 year old mare imported into Nz by Mrs Marilyn Peterken. Grace was a very successful show horse in Australia winning many Supreme Titles. Grace is beautifully bred by Deveron Duvall x Deveron Latoya.

Grace has been a mother however over the last few seasons producing 2 very successful foals.